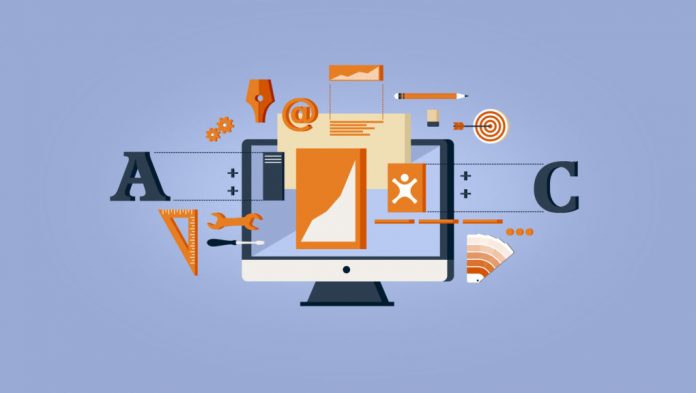 What does web design actually mean?

In a layman’s language, web design can be simply defined as the process of creating websites. Webdesign is also comprised of other aspects as webpage layout, graphic design and content production.

While some people interchangeably use the word web design with web development, web sign is actually a subset of the broader category of web development.

Websites are made using HTML and are styled using a CSS or Cascading Style Sheet. Every website includes a combination of HTML and CSS which determines how a website will look like in a browser.

Some web designers prefer create websites from scratch, hand coding using HTM and CSS while others prefer using WYSIWYG editors e.g Adobe’s Dreamweaver. Such editors provide an interface where one can quickly design a website or webpage layout without having to write code. The software automatically generates a corresponding HTML/CSS code.

Web designers also content managements systems like Joomla and WordPress to build websites. These CMS softwares have a pool of free and premium template which one can use to build a new website and the website layout can be easily customized using a web based interface.

While HTML and CSS are used to create the feel and the appearance of  a website, the images to be used on the website must be created separately. This means sometimes graphics design can overlap with web design, because graphic designers usually create images are used on the web. Even some graphics design software like have an option to ‘Save for web’ which makes it easier to export images in a format that is ready for web publishing.

What is web development?

Web development can be defined as the process of creating, building and maintaining websites. Web development is composed of aspects such as web design, web programming, web design and database management.

Similar to web design, websites can also be developed on content management systems like Drupal, Joomla or WordPress.

Large businesses usually do not use content management systems but instead hire dedicated web development team that designs and at the same time maintains the company’s website. Smaller organizations and individuals usually choose CMS likes WordPress because of its simplicity and also comes with free basic templates.

What is the difference between a web designer and a web developer?

Technically, a web designer only designs the interface of a website using front-end design technologies like HTML, CSS and JavaScript. Web designers are basically well equipped with knowledge about typography, UI/UX design and usability. This vision is create to create artistically pleasing designs that are aimed at pleasing millions of potential viewers (website visitors).

A web developer may also be involved in designing the website but he mostly concentrates on writing scripting or server side languages such as PHP and ASP. Web developers are usually technical in nature and tend to have excellent problem solving skills. Similar, a web developer may participate in maintaining and updating a database of a dynamic website.

Roles of a web designer

A web designer is responsible for the following roles:

Roles of a web developer

These are the roles of a developer:

Let’s take brief look at how web designers collaborate with web developers on a web development project. A client goes to a web development agency in need of a website. He explains how he wants his website to be and how it should function.

He can explain this to wed designer or anyone assigned to this job such as a project manager or a business development manager. Thereafter, a web designer crafts a website layout using various design tools such as Photoshop.

Once the layout is done, a web designer meets with a web developer to discuss the crafted layout. When they both agree, the web designer will begin writing HTML / CSS while the developer will program the functionality of a website using scripting languages like PHP.

Remember one can be an expert in both frontend and backend. Such person is called a full stack web developer. He can design and at the same time do backend programming single handedly.

Web design and web development work hand in hand. You need both in order to build a proper function website.

While roles are separated in both theories, a designer who understand coding and its concept will be in a better position to communicate with a developer a desired functionality of a website.

Web development a more difficult skill to learn and this explains the reason as to why there are fewer web developers than web designers, thus developers are more expensive than designers.

A person who maintains the content of a website and replies to visitor emails is called a webmaster.

A content developer, also known as a content producer, is a person who creates publishable content. This is often web-based content, though it may be material for a print publication such as a magazine. The content may be in form of text, images or video.

I hope this article has helped you clear the misconceptions you have always had about the actual difference between web design and web development. Just to recap what I have discussed above, it is important to note that when building a website, you need to hire a web development agency that has both web designers and web developers. If you are hiring an individual, he should be a full stack web developer ie someone can do both design (front end) and development (backend). Although there are great individuals out there who are able to do both, many large companies and organizations have dedicated team of designers and developers who work collaboratively to complete the web development process.

Paypal To Mobile Money: How To Receive/Withdraw Paypal Funds In Uganda

The Expert’s Guide To Online Shopping In Uganda