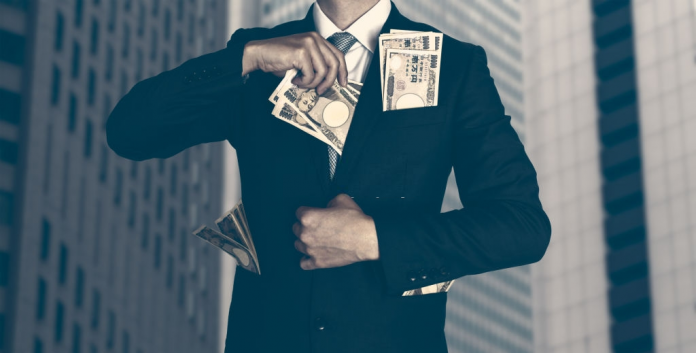 Since I set up this goal in 2015, I started talking about it openly, and as expected many people started questioning and challenging my rationale for setting up such a goal that sounds like impossibility to them. They called me a day dreamer and time waster. Some said I was just being greedy while others said I can only achieve that if I go “underground”.

I’m not in any way writing this piece to justify my point or convince you be on my side, I just want to share with you the WHY behind my journey to becoming a billionaire and retiring at 40years of age.

Those who know me in real life and those who follow me online can testify that I always emphasize the need for a strong before pursuing any goal in life. I stress this because I have learnt through experience your reason for pursuing a goal can be a driving force.

Also read; Got No Programming Knowledge? No Problem, You Can Still Start A Tech Startup

Reasons i want to become a billionaire

So why do I really want to become a billionaire? Before I lay down my reasons for pursuing such a goal, I want to tell you that my reasons are personal and they are a reflection of my philosophy.

Whether you believe or dispute that I won’t make it, that is your f**king problem and it won’t change anything in my plan, and please you are not under any obligation to share my beliefs.

1. I want to aim beyond my reality

When I set this goal, I was already comfortable with becoming a billionaire, but I said “Why don’t I aim at achieving something beyond my present reality?” And that is how I came up with the goal of becoming a billionaire and retire at 40. It is going to be a feeling of actual realization on my part.

I’m tired of being an average guy, living within my means and being contented with what I have. I’m so tired of setting goals I’m comfortable with. I want to aim bigger goals thus I’m prepared to leave my comfort zone…and this is I want become a freaking billionaire.

I have notable billionaires that inspire me and they are all big thinkers. People like Patrick Bitature, Donald Trump, Mark Zuckerberg and Aliko Dangote. All these men achieved what they have because they aimed beyond their reality.

With lessons I have learned from the above entrepreneurs, I have decided to refocus my perception and I will never accept anything average. Why should I settle for less when I can THINK BIG and go for it? I realized that if am to get to the level of these great entrepreneurs, I must as well think big like them, and that gave the birth of my goal to becoming a billionaire.

2. I want to touch lives

I want to ask you this: Have you ever felt the urge to help a dying soul but you couldn’t do so because you do not have the financial resources? If you haven’t, then I can tell you that it is a very painful situation for anyone who has a human heart.

Some of you believe that rich people are mean and evil, but if you have been keen enough you will realize that most good deeds are done by the good rich guys either publicly or secretly. But all the poor do is keep complaining and yearn for more.

Look at how Bill Gates is helping fight killer diseases in Africa through his Foundation. Which poor man who ever do that? Consider Ted Turner who pledged a $1 Billion Gift to the United Nations in 1997. Consider the charity works Henry Ford does through his Ford Foundation.

Consider all these things and you will know why I want to become a billionaire. I want to be able to support the causes that affect my conscience.

3. I want to re-distribute wealth

I want to become filthy rich so I can redistribute wealth. Have you even seen a billionaire who became rich alone? I doubt there’s any. Just look at the world’s richest moguls and you will realize that they have enriched other people through their foundations and companies.

Let’s take Bill Gates for example. Consider the number of people that have become rich by being attached to Bill Gate’s Microsoft company either as employees, partners, investors, consultants etc and you will understand what I’m trying to mean.

I also believe that, my pursuit to become a mogul will lead to creation of both direct and indirect jobs. Consider billionaires like Jeff Bezos (of Amazon) and Bernard Marcus (The Home Depot) who each have a direct workforce of over 200,000 from around the world.

4. I want to influence

And lastly, I want to be able to influence government policy for the good of the common man. I want to ask you, how many people will it take to stage a protest that would grab government’s attention? Your answer should be millions, and that is correct; just like revolutions.

But it will take just one rich man’s donation to influence the policy. Consider Russia’s rich man, Roman Abramovich who was once the governor Chukotka (a federal state in Russia). During his governorship from 2000-2008, Abramovich used $2.5billion (personal money) to build schools, hospitals and infrastructure for the people of Chukotka.

However I want to make it clear that I’m not pursuing this goal for power or money. I set the goal to become a money bag because of the challenges, the excitement, the highs and lows involved.

This goal is going to keep me on the edge and will make my brain more active because of the continuous learning it requires. What I’m not sure of is whether I will make it but, at least, it is worth giving a shot. Even If I don’t hit the sun, I’m hopeful I will land one of the stars.

Honestly speaking, I’m very much aware that I’m not qualified to teach you how to become a billionaire because I have not gotten there yet, but since it is my goal to make at least 2 billion in my life on earth, I thought of sharing with you my plans and strategies as taught my mentor, Mr. Patrick Bitature.

Brutal truths about my goal to become a billionaire

1. There’s no guarantee that i will hit the goal

Becoming a billionaire is definitely not an easy goal yet it is achievable. I want to point out the fact that there’s no guarantee that I will hit my goal. The business terrain and the Investment world are so unpredictable.

Sh*t happens. An economic downturn can wipe all the investments and profits I have made for years. I may lose all that belongs to me or I may make it big and even surpass my goal.

But no matter what happens, I’m not willing to give up; I will stick to the entrepreneurial process till my last day on earth. I’m not doing it for money, I’m doing it for a cause bigger than money.

Now for those of you who may be challenged to go for a similar goal, I want to let you know that I’m not pursuing this goal as someone’s employee. I’m pursuing it as an investor and entrepreneur, and even with that, I’m not doing it alone.

However I must confess that I started all alone, as a lone wolf. But I’m now finding people that I’m comfortable working with such as partners, investors, employees, people that are smarter than me and friends of like mind. These people are now part of my team and it is through them that I hope to fulfill my goal.

What I’m trying to mean is I’m not a solo player rather a team player. I have a great business team behind me and I have also created strategic alliances with other businesses. A business is like a team sport, and so investing is. As my business empire grows bigger, I will be required to expand my networks and alliances, else I will lag behind.

I fully understand that my goal will not happen overnight. It will take time. I might not even achieve it at 40. It is a goal I will stick to throughout my lifetime regardless the number of times I fail.

4. I will keep my eyes open for opportunities

Lastly, I’m prepared with a killer strategy to become a billionaire. But I must watch out on economic trends and government policies because such changes come too fast. Due to these possible changes, some people will lose their jobs while the same changes will create employment opportunities for others.

For example if government decides to privatize its companies, many people lose jobs while a few become richer. If government prohibits importation of a certain product, some people lose their means of livelihood while others become insanely rich from the same situation.

At this stage, I cannot tell the side of the table I will be when such change comes.

You see, Uganda, the country where I come from has a lot of unexploited business potentials, but there are situations that have made most people poor and others rich. I want to exploit these potentials to the fullest and build an empire that will last for centuries. Ladies and gentlemen, that is exactly how I plan to become a billionaire before 40.

How Uganda can use technology to stop looting of public funds

How To Start A Blog In Uganda And Make Money

What I Will Do If My Business Collapses Today